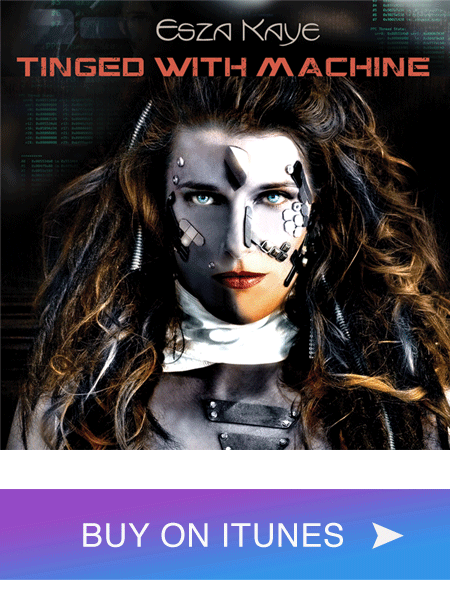 This song looks at the ways in which humans are blending their ability to function with machines. Sometimes it is so seamless that we could not operate without our machine helpers. There is much to gain for this, and there is a price to pay as well.

What happens when you ignore the call to create? A darkness falls on the artist for refusing to keep their channel open, one that could lead to illness or insanity. You cannot block a natural force without deep consequences—as with the creative flow.

There is shallow, and then there is a deeper shade of shallow. Someone that is so utterly self-absorbed and dysfunctional that your love for them will most certainly destroy you as well. Although, ultimately, this is a co-dependent relationship.

Katy Come Out To Play

There are dual layers to this song. The first is the acceptance of alternative realities and gray areas in human relationship and psycho-sexual play. And finally just the acceptance of the other and self and the surrender needed to let that play out.

There are many who hold power and few who hold it well. What if we could turn the tables and see power for what it is: an illusion in the minds of those who hold it. And their need for that power is their weakness. With that realization, the tables turn.

Music for your life

Rules Of The Game CD

I Want To Die Loving You CD