To hear songs from your favorite Esza Kaye album, click links below:

Rules of the Game 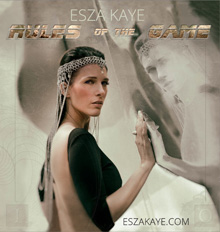 Esza Kaye continues her journey into the language of love, exploring the rules of attraction and the rules of the game. It's all about the moves we make as we seek out relationship with another. And as a paralel, the moves we make deeper into our own souls. Realizing at yet another level that we all play all the roles. Produced by Bunny & Blare, Esza hits her stride delivering a soundscape that is on the forward edge of the electronic genre. A mid-tempo and sexy, chill vibe, the undeniable beats make it hard to sit still to these tracks. Vocally Esza delivers a very personal and expressive tone of vulnerability and knowing, as if to say, that she has learned to surrender and trust in the outcome. 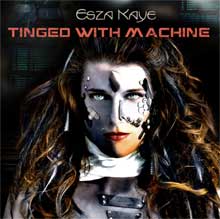 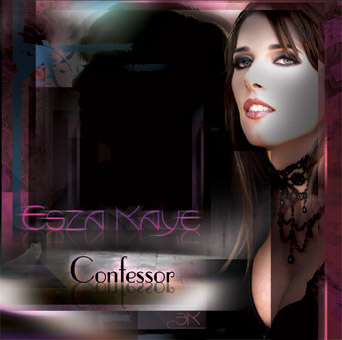 The LA produced Confessor is a bold and intimate expression of Esza's life questions;  juxtaposing the dynamic of what 'appears to be' with what lies 'beneath the surface'...An appropriate theme for the "Mistress of Mythology". The gothic tones arrive from collaborator Ming Vauze in partnership with the melodious production, courtesy of producer Randy Emata.

Though Esza swims in shadow energies she ultimately assumes the role of  a confessor; bringing in a mythological, yet accepting perspective. Although the album touches upon dark and tragic themes, hearing them out loud brings a peace to the listener.  Esza desires to uplift her listeners as much as she wants to commiserate in their suffering—or delight in their excesses and abandon. This empathy is highlighted in the title track, Confessor:

"I am the confessor. Tell me your dreams. Let me show you who you are. Show you more than you have seen."  ~Esza Kaye

I Want to Die Loving You 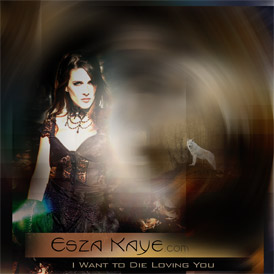 Esza met producer Paul Freegard and the EP I Want to Die Loving You  was born. Three of the four songs they worked on Esza had just written at Burning Man and the marriage of London and the US Southwest desert began. The results are a dark, electronic blend of lush landscapes with some of the best synth sounds to be found in London. Flavors of Depeche Mode and Siouxsie Sioux are everywhere to be found. Esza finds a tone in this album that is intimate and loving even though she addresses her fears about connection and meaning.

"Hauntingly beautiful soundscape lush & rich with emotion. An exquisite tapestry woven with threads of sorrow & joy, lust & enchantment, sin & redemption, pleasure & pain. In a trance like state I feel myself slip under this warm inviting blanket from which I never want to leave."  ~ Bianca Olson 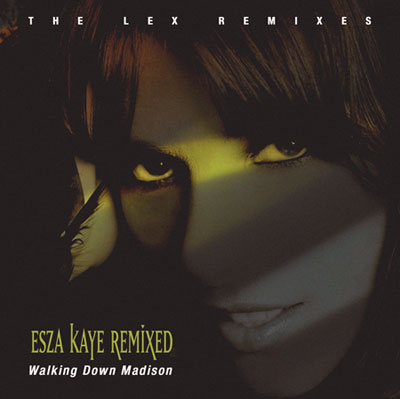 An LEX remix of the cult classic Walking down Madison from the late Kirsty Macoll. This track features progressive tribal house beats over jazzy vocals from Esza in a smooth and original blend of genres. LEX is Dj Eddie X & Luigie Gonzalez.